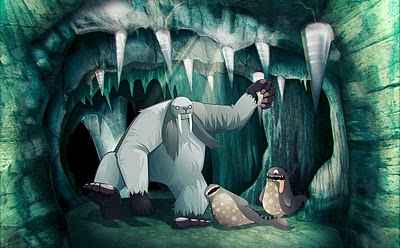 Hugo is an original "Abominable Snowman", but despite his grotesque and huge body he's absolutely harmless.Hugo loves quiet and peaceful environments, as he's really susceptible to loud sounds. Because of this problem he now lives on a very high and very snowy mountain: he tried to move down to the valley, but he couldn't stand the high pitched shrieks of those old ladies. Not to mention that he wasn't really fit for city life, with all that chaos and noise. He found his ideal habitat just between ices and blizzards.Hugo led a solitary life for a long time, but who said that a Yeti has to live alone? Do people think that who's big, clumsy and gruesome loves solitude?No, absolutely not! A lot of people just have this wrong perception.As a matter of fact, Hugo took with himself two bizarre pets: Hector and Vector.He's vegetarian, his sharp teeth are only needed to break ice.In fact he eats ice-carrots for snacksHe has long, thick hairy ears that he flaps and rolls on his neck like a scarf if there's a blizzard.His enormous feet lets him grip even on ice! 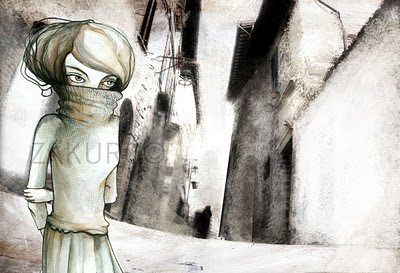 
To recive a CD with my portfolio send a mail to:
marta.monelli@gmail.com